What is Full, Incremental, Differential and Duplicate backups

Being a backup administrator it is important to make a backup plan to protect your environment.

There is a huge difference between Full, Incremental, Differential and Duplicate backups. In order to optimize the backup operation and save storage space, it is very importance to create a backup method depending upon the criticality of the data which would help you to recover your data in the shortest possible period during any event of disaster.

How to design an effective Backup Plan

Besides the above point you need to design your backup schedule that is also very important task to optimize the backups. Now scheduling the backup jobs again depends upon the overall data change across your environment including all departments. Also time taken to rebuild a particular server or database in case of hardware failure.

For example if you have a financial database which is very critical data and it changes hourly, then you may consider to run full backup daily and incremental backup every two hours / four hours which will ensure that every change is backed up. You should also consider running differential backup every weekend.

Lets discuss the types of backups.

Full backup is considered a baseline backup which creates a reading points for other type of backups like Incremental and Differential. Full Backup will backup the whole data which is selected for a a backup of a server or source device each time it runs. It will not check or reset the archive bit or anything.

Any file whether is modified or not, each time you run a Full Backup, it backs up everything. It includes backup to a tape library, tape storage, disk storage and cloud storage where it will backup the full data in every Full backup and does not save any space, in fact Full backup occupy a lot space in the storage.

Besides that it would occupy same amount of data as per the total data size. Full backup will not do any de-duplication or avoid duplicate data. However you run full backup to a de-duplication storage then it would not backup same data regardless of type of backup and would backup only unique data to the dedup storage.

Note: It is advisable to use same storage device for full and incremental backups which is accessible to back exec server.

Backup window of incremental backup will be shorter since it would backup only the changes since previous incremental or full backup.

-Full backup runs on Sun which is the baseline backup.

Lets check the above example where full backup runs on Sun and incremental runs Mon – Sat. Now if the backed up server crashes on Sat then you would need last Sun full backup and all the incremental backups which ran from Mon-Sat so that server can be restore till Sat. If you restore full backup and lets say incremental till Wed only, then server will not have all the data. The data of Thu, Fri and Sat would be missing.

The differential backups will backup all the data which was originally selected in the full backup, changed since the last full backup. And the incremental backup will backup only the data changed since the last full or incremental backup. It depends upon you how you want Backup Exec to detect change of data which can be configured by modified time / archive bit / Backup exec catalogs.

Also, it is advisable to run Full and Differential backups in same storage device accessible to backup server.

Differential backups will consume a lot of space since it will have all the data changed of previous full backup. However, it helps to restore complete server data faster as you need only a full backup and last differential backup which results in fewer media files in the storage device lesser changes of restore job failure.

If you have only one type of storage then duplicate job is not possible. However you can duplicate backup between two similar storage devices like Disk to Disk but it is not considered a good strategy.

10 ways to use your mobile phone safely | technoworldnow

How to find if your phone has been hacked? 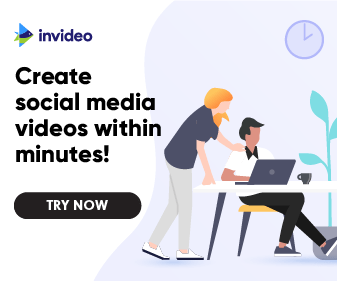 Amazing Google Products and Features available for all